Gardens are wonderful. They've been an insisted upon part of British culture ever since the industrial revolution. The reason our cities sprawl out so much more than their European counterparts is that the Brits insist on moving into cities, but wouldn't settle for anything less than a terraced home with a garden.

They're a time-honoured tradition, and play a part in keeping our environment clean and safe, and we have a responsibility to in turn look after our gardens in a clean and environmentally manner. All the information out there can be a little confusing, and there are plenty of conflicting products. Follow these few tips and you'll have a much easier time.

Get Rid of that Electric Mower

They're noisy enough to disrupt wildlife, and shooting those heavy blades around uses a lot of electricity. It's cheaper and more considerate to get a normal, non-powered push mower. They'll give you a nice workout and still cut fine. Class clippings aren't a problem, by the way. They'll simply be absorbed back into the soil to provide extra nutrients. Everyone's a winner.

Composting is great, and you should get on it immediately. Store bought fertilisers can be fairly expensive, especially since homemade compost is, well... effectively free. If you've got a large garden just set up a pile at the far end, but investing in a compost bin can often be worthwhile if you reckon the smell will be distracting. Which it might be, to be fair! Throw in loose leaves from the trees, peelings and scraps from the kitchen, and grass clippings from your eco-friendly non-powered mower. This way you'll always have a good supply of locally produced compost to suit your plants, there's no need to waste fuel and cash heading to the store.

Everyone hates insect pests. They'll wreck your leaves, your vegetables, and generally annihilate all your hard work if left to their own devices. Jumping into the arms of a nice, reassuring pesticide is an easy solution, but there are more friendly options out there. Most pesticides are noted for their ability to poison pests, but they're so good that they also poison everything else! Often at the expense of cats, dogs, hungry birds and children who should know better. It's often worth trying to attract bats and swallows, both of which are major insect eaters. Laying out a subtle layer of salt around your borders will dissuade any snails and slugs, and with correct planning it's easy enough to minimise the insect population.

If you've already got a garden, making it anything other than environmentally friendly just feels a bit pointless. Follow these tips and get started, and you'll be helping the planet in no time.

Renewable Energy of the Future.

Five Eco-Friendly Things You Can Do 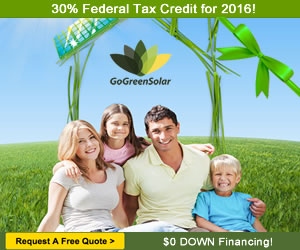 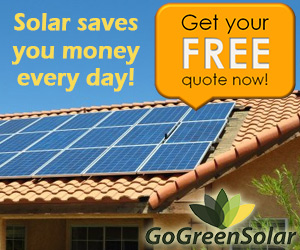